A big thanks to my friend, Xin, without whom this interview would not have been possible!

Following up on the last interview with lan, this season has seen the birth of a remarkable young animator: KiloCrescent. Once again, with the help of a friend, I was able to arrange an interview with the straight-out-of-high-shool sakuga machine. And while KiloCrescent acquiesced to an interview, he turned down the request for any personal photos (so shy!) aside from his desk. The original interview was translated from Chinese.

What was the first piece of animation that you can remember seeing and simply thinking ‘Wow’?
I think it’s Optical-Core’ personal work, the stick figure fighting with swords one, I watched it over and over again.

Could you name 4 or 5 movies or shows that inspired you and why?
Dead Leaves, Little Witch Academia, Space Dandy, Cowboy Bebop, Blood: The Last Vampire, Fullmetal Alchemist. I prefer anime without a complex story that doesn’t always require you to think about what’s going on or awesome sakuga shows. Dead Leaves is one that combines both sides, so I love it very much! 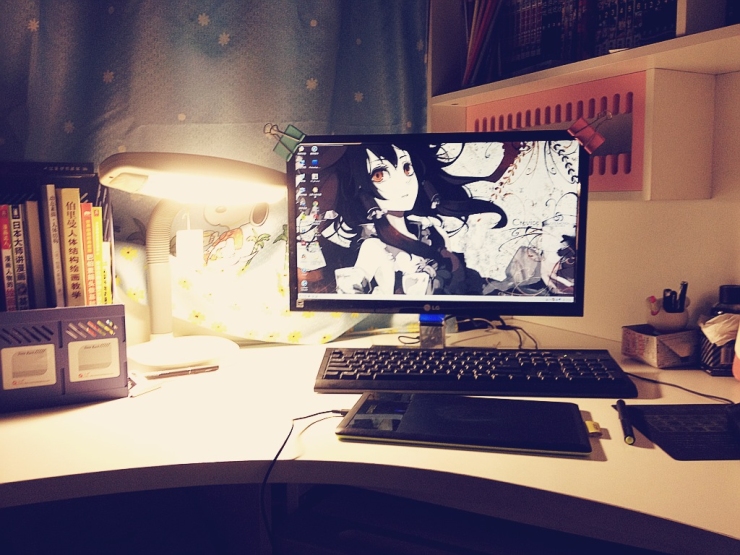 You do a lot of web animation, how did you start as an animator? How long have you been animating?
Maybe ‘cuz I am a lucky guy? You know, if the company hadn’t found me at that time, I would have obediently gone to college. Considering about initial training period, I have been working for a whole year.

What was the first project you worked on? Tell me about the first few things you animated?
It’s REALM: Project M3KYR trailer, and a Chinese animated collaboration with stick figures. The first commercial project was called Zombie Brother, but actually, I didn’t draw many of the cuts in that. Then I worked for 末世人间道 (TL NOTE: a zombie anime)，compared to Zombie Brother, I took charge of lots of cuts here. You can find most of my maiden works on my newsgrounds page.

How did you become part of To Be Hero? lan speaks very highly of you, and says you joined straight out of high school. Tell us about how that happened.
Most of my class time was used for drawing comics, so, you know, I had awful grades. I didn’t  intend to go to college at all, but my parents didn’t want me to become a NEET. So I started working on personal projects in my second year of highschool. lan saw it  a year later when I finishing in it in my third year. I love anime.

What is the hardest thing for you to animate? What types of things do you like to animate?
Layout is probably hardest. Personally, I prefer drawing machinery and effects.

In you animated the toilet scene in To Be Hero episode 1, which was absolutely sensational to watch. I was amazed with the way the main character fell with a realistic sense of weight! The way the water moves in that cut is nearly perfect – and when the hero begins to run is mesmerizing! How did you draw such a cut? Was it storyboarded like that or did you add your own personal touch to it?
That cut was temporarily added for me; lan said to go ahead and draw it as I wanted. So I did. I thought it is was a pretty nice cut at first, but the more I watch it, the more I feel like I could do it better.

How would you describe your style? Are there any aspects that you borrow from other animators?
My personal style, I guess, is multiform. I’ve borrowed a lot from other animators like: RAPPARU, BAHI JD, Yoshimichi Kameda, Yoh Yoshinari, Ito Hidetsugu etc.

What is it like working with lan? You two together make a powerhouse team on To Be Hero.
It feels like I am a complete outsider. (laughs)

Will we see more of your work on the future, after To Be Hero has finished airing?
I think I just need to focus on my current work and do it better before thinking about that.

Is there anything you’d like to say to all those watching To Be Hero?
I feel so grateful for everyone who likes To Be Hero. Please keep following us, we won’t let you down!