Anime has a demarcation problem.  The release of Shelter and the subsequent controversy have made this abundantly clear.  By “demarcation problem,” I simply mean a definitional problem, but I find the word demarcation to be a more precise way of describing the issue.  Think of a nation whose government is trying to carefully define its borders.  In the act of demarcation, the nation wants neither to include land that does not belong to it, nor to exclude land that is rightfully its own.  This is the challenge of demarcating the anime/non-anime border (1); we don’t want to include things that we feel aren’t anime, and we want to avoid excluding things we feel definitely are.  Yet, it seems almost any reasonable definition we formulate trips up on one of the two.

Let me be clear up front: this piece is not about resolving this issue.  I leave that arduous task in the hands of fans with sharper, more analytical minds than my own.  What I want to do here is clear up a few misconceptions, some presuppositions about the problem.  I think some fans will observe others debating the question, “What is anime?” and attribute one or more beliefs or ideas to the interlocutors that actually have no necessary connection to the demarcation problem itself.  Now, invariably, anyone reading this can hop onto Twitter and round up a bunch of examples of anime fans discussing the demarcation problem who adhere to one or more of the ideas I claim aren’t necessarily tied to it.  I am not arguing here that this never occurs.  I am claiming that there is no logical necessity tying the demarcation discussion to these other beliefs I discuss below.  These incidental ideas may happen to be held be some demarcationists, but they aren’t essential features of the argument.  Furthermore, that there are concrete, real life examples of people who want to figure this stuff out who also don’t subscribe to the ideas below.

So, here are some common misconceptions regarding the anime demarcation problem: This Problem Is Unique To Anime

Many who don’t see any practical utility in discussing anime’s demarcation problem will throw their hands up in exasperation while thinking to themselves, “Only anime fans could get wrapped up in a debate so utterly pedantic.”  Without disputing the otaku penchant for pedantry, I will note that arguing about definitions has a long and important history, particularly in some fields that might surprise you.  According to the distinguished philosopher of science Larry Laudan (from whom I borrow the phrase “demarcation problem”), we’ve been trying to demarcate science from pseudoscience for over 400 years (!), since the scientists of the seventeenth-century first began to reject Aristotle’s criteria for scientific inquiry.  That discussion has carried on in science and philosophy up to this very day.

Now, most practicing scientists probably couldn’t care less whether or not the work they’re doing falls under a rigorous theoretical definition of science, and the same likely holds true for animators working on Japanese TV productions (2).  I’m not trying to lend unearned gravitas to the anime demarcation discussion; rather, I simply want to point out that semantic (somehow this has become a bad word) disputes are not trivial by nature and have been engaged in by intelligent people of all types for a long, long time.  The fact that the solution to a theoretical problem doesn’t hold practical utility for most people should not be grounds for its immediate dismissal as unimportant.

“What Is Anime?” Is A Normative Question

Attempting to demarcate anime from non-anime is categorically not an attempt at sorting the good cartoons from the bad.  Anyone who would disguise the latter as the former can be safely ignored.  I’ve observed the curious phenomenon of fans becoming angry that some proposed demarcation criterion would classify a show they like as non-anime.  It seems as if some fans believe that saying an animation is not anime is to insult that animation somehow.  Why?

At some point, the term “anime” became infused with value.  Perhaps this can be partially attributed to how it was marketed to foreign audiences.  When anime was first making inroads as a viable consumer product in America, distributors like Manga Entertainment sought to draw a hard line between anime and traditional Western animation by marketing anime as graphically violent and explicitly sexual material (link NSFW).  Anime was superior because of blood ‘n boobs.  The proceeding decade saw anime marketing target a younger demographic (3), so it didn’t identify the product as closely with the R Rated.  Yet, it was still sold as cool because of its otherness.  Maybe somewhere along the way, the message about anime as unique entertainment product was subconsciously heard/interpreted as a normative statement.

The above is only a theory, and, at best, explains only part of the reason for the misconception of the demarcation problem as a normative one.  In reality, the demarcation problem is merely a question of fact and definition, not which animations get to be considered cool.  Any additional claims about the inherent superiority of one kind of animation over another are stowaways aboard the good ship Demarcation and, thus, should not be considered part of the ship itself.

A slightly different, more specific version of the above misconception is that the demarcation problem is nothing more than a purity test (around 35:00).  Some fans believe that the question, “What is anime?” is actually code for, “How Japanese is your animation?”  Unless you have either the correct number of Japanese people working on an animation, or Japanese people comprise the appropriate creative positions on the animation staff, your production is not anime…or so the characterization goes.  Fans adhering to the purity test objection, and thus rejecting the demarcation problem, may be motivated by the inclusive notion that everybody should have the opportunity to make an anime if they want to (4) or they may just be looking for a reason to dismiss the discussion.

First, this depiction of the problem presupposes its answer.  Certainly, geography and the culture in which the creatives spent their formative years are possible criteria for demarcation; however, these are not the only possible criteria.  Many people would define anime according to its narrative, stylistic or filmic elements.  Others would look at the financial side of things e.g. who is funding the production or who is an animation’s intended audience.  Assuming that demarcation is a purity test dismisses these hypotheses out of hand.  Rather than excluding their viability through the very framing of the problem, one should consider these and other possible demarcation criteria and evaluate them on their merits.

I said earlier that the purity test assumption is a more specific version of the assumption of normativity.  Even calling the demarcation problem a “purity test” gives away the fact that these objectors see demarcation as a normative enterprise.  There’s nothing built into the demarcation problem to adjudicate the purity of an animation.  Logically speaking, demarcation is an exercise in classification only; it is a discussion seeking to develop more precise categories and more accurate language.  Even if one’s demarcation criteria involve geography and culture, this does not imply that they are saying anime is pure or that because one animation features more Japanese talent it is purer than those that feature less.  The term purity connotes superior value, and, again, these sorts of considerations are external to the demarcation problem itself. (5)

It Has Been Sufficiently Solved

Some fans don’t engage with the demarcation problem because they just don’t think it’s a problem.  For these folks, the question, “What is anime?” has been answered sufficiently.  Yet, I believe that the Shelter controversy illustrates that (a) there is no consensus in the anime community regarding demarcation and (b) demarcation criteria that may have previously held up under scrutiny will become less and less useful as time goes on.  Consider the geographic criteria, which draw the borders of anime around “animations made chiefly by Japanese creators for Japanese audiences.” I have espoused this as an adequate definition for anime, but the more I talk to people and the more I look into the way anime production is going, the more I believe that the globalization of the industry is going to make this definition obsolete.

To Be Hero serves as a fine example here.  This offbeat comedy is produced by Haoliners Animation League in Shanghai, created and animated by Chinese people, supervised by Shinichi Watanabe of Excel Saga fame, and advertized and aired on both Japanese and Chinese television.  Good luck untangling this enough to determine if it meets the geographic criteria.  To Be Hero may seem like an edge case, but this won’t be true forever.  Productions like this are, in all likelihood, only going to increase in number.  As the development of technology marches forward, the diversity among and space between the collaborators only promises to get larger, and the idea of a home base of production might start to become anachronistic. 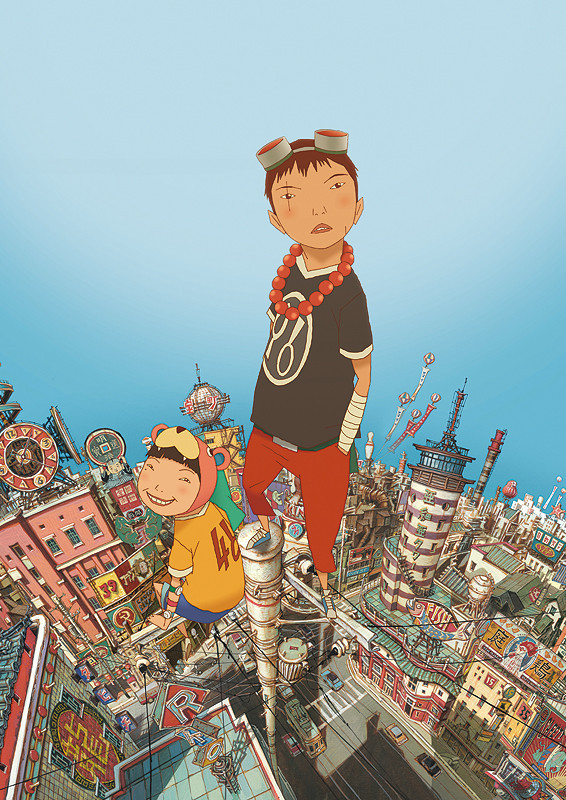 As I stated at the beginning of this piece, I’m not here to solve the demarcation problem.  But, neither am I here to declare it insoluble.  The question, “What is anime?” is a question worthy of much thought and exploration.  I want people thinking about possible solutions to this problem, not so I can ruminate in pedantry, or so that I smugly know which animations are cooler, purer or better.  Talking about anime’s demarcation problem will benefit the community by helping us zero in on what it is we are such big fans of.

(1) Some might balk at seeing this anime/non-anime binary.  This article is not concerned with defending the concept of binaries of even bivalent logic in general.  However, when we classify items, we put them in a group because they meet a list of individually necessary and jointly sufficient conditions.  We call this animal a goose and not a duck because it meets the criteria for gooseness rather than duckhood.  This seems to be how we get by with language and correct each other’s’ word use.

(2) The analogy breaks down when one introduces the further complication that the word “anime” holds different meanings in different cultures.  Where a scientist might be angry that some proposed definition of science makes room for horoscopes, a Japanese animator would likely shrug if you told them that your definition of anime includes The World of David the Gnome.

(3) Due in no small part to the diversification of the kinds of anime being  licensed and distributed in America.

(5) Many advocates of geographic and cultural demarcation still consider co-productions to be anime, but, if they were concerned with purity, surely co-productions would be deemed less pure than animations created by only Japanese people.  The argument of the objector isn’t that demarcation is about seeking some magic number of Japanese people that need to be involved with an animation a la the Sorties Paradox…is it?  Because, I see very little evidence of this practice.