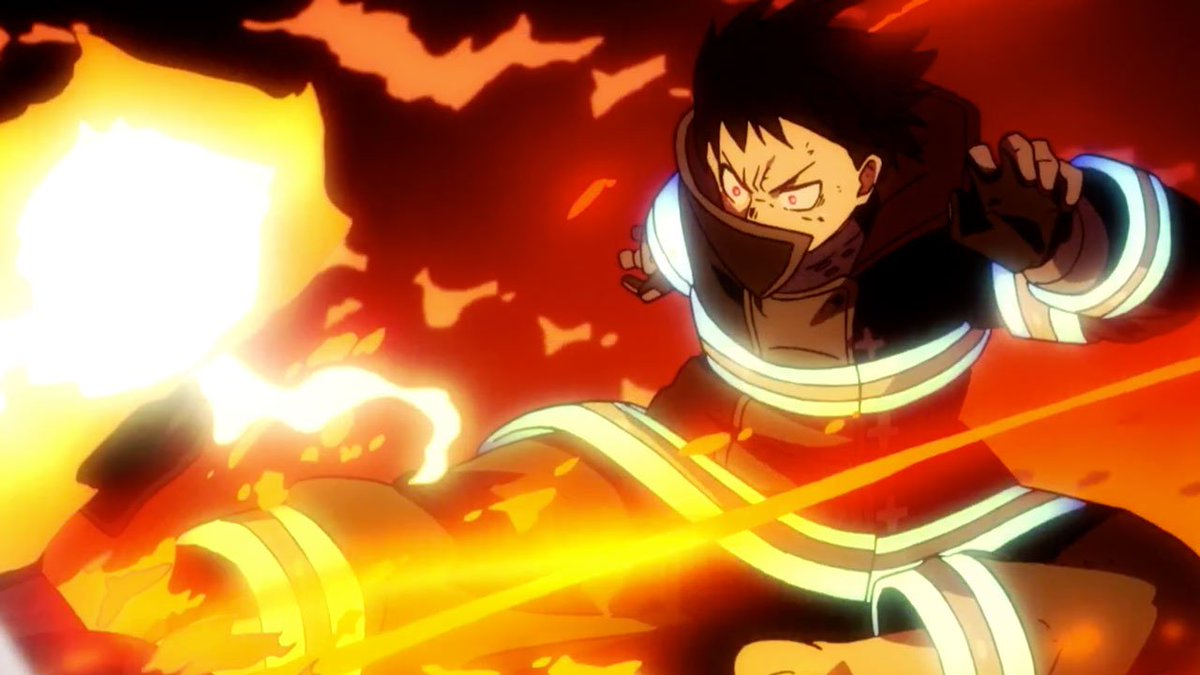 The first episode of Fire Force was amazing. My jaw dropped to the floor and it stayed there. Explosion after explosion, flame after flame; I was glued to the screen. It would be really easy to keep gushing and just rant about how awesome this singular episode from a TV production is, but I thought we could take the more constructive (and equally as fun) route of asking why it was so good, and highlight the super talented team behind this remarkable work of art.

Fire Force or Enn Enn no Shobutai is a manga series written by Atsushi Ōkubo. You may already be familiar with his name as the manga-ka of Soul Eater, a property you’ve probably already heard of, given how much of a visual darling it was. I’m not sure what kind of deal Ōkubo has with the sakuga cartel, but his work is well cared for. It’s a trend that series director (and episode director in this case) Yuki Yase and his team at David Production uphold to the fullest.

This post has been moved to Full Frontal! Please read it there!