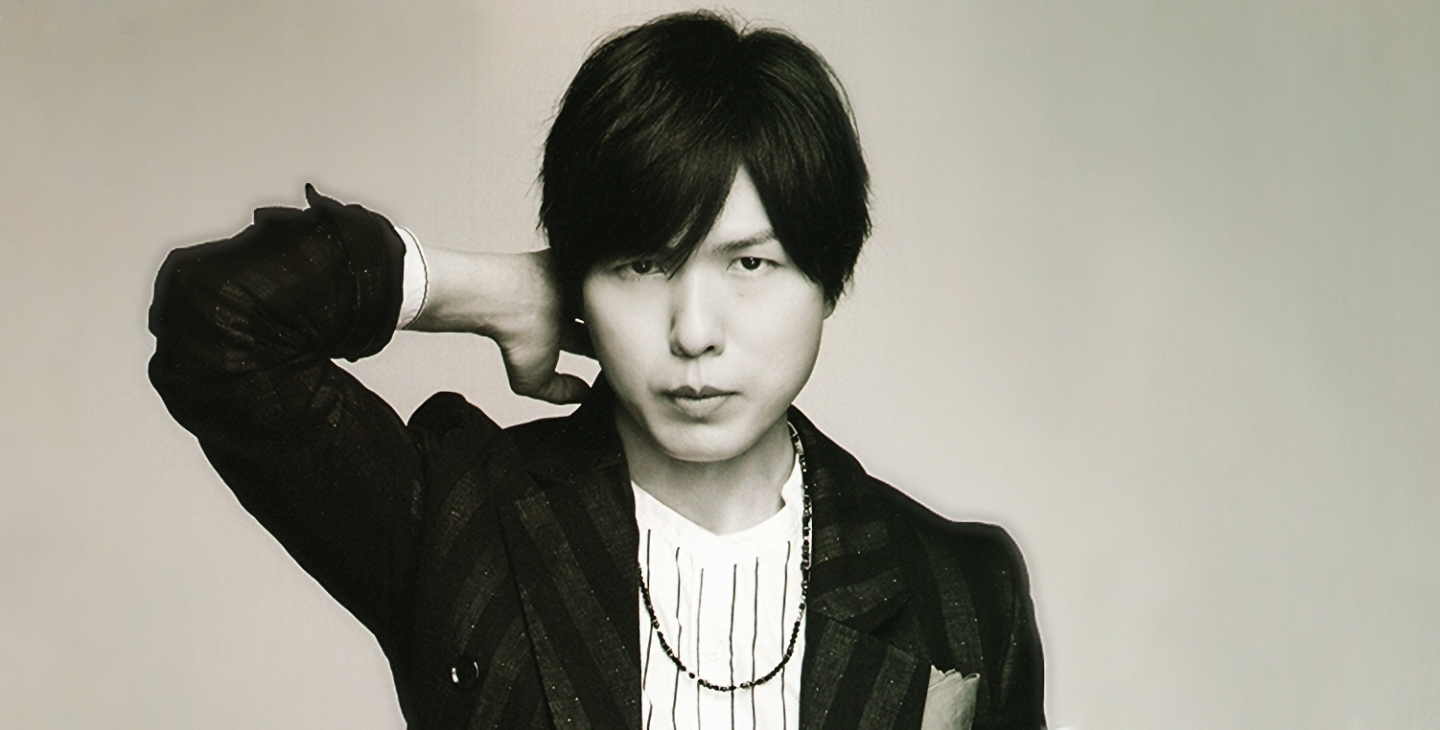 The following article was originally part of the Kizumonogatari Tekketsu-hen booklet that was included at the premiere of the film in theaters. The interview has been translated by Twitter user @karice67  © 2016 Wave Motion Cannon

“THAT I FACED KIZUMONOGATARI ONLY AFTER EXPERIENCING OWARIMONOGATARI MADE A HUGE DIFFERENCE TO ME.”

—That Kizumonogatari would be animated for cinematic release was originally announced in 2010. How did you feel when this series of films was finally confirmed for release?

I had plenty of opportunities to meet with the staff while we were working on the various TV series, at the recording studio and stuff. So I heard little things here and there about how Kizumonogatari’s production was going. But there was quite a lot of speculation flying around—like “the screenplays are done, but they’re having trouble with the storyboards” or “the storyboards are done, but they’re apparently wrestling with just how long it is” (chuckles)—so I really didn’t know exactly what was going on myself. Personally, I kept thinking: “Perhaps they’ll make an announcement about Kizumonogatari at the end of the TV series we’re working on now?!” or “Might we finally get the announcement at the end of this TV special?!” Basically, my expectations were running high even as we were recording for the TV series, but days and months kept passing with nary a word (chuckles). So when I finally heard that “We’ll be doing the recording for Kizumonogatari on so-and-so date,” I’d gotten so tired of waiting that I was a bit suspicious, like “Is it really going to happen this time…?” (chuckles)

—But when you got your hands on the recording script, it must have started feeling real.

We recorded for Kizumonogatari right around the time that we were doing the recordings for Owarimonogatari. As such, I had both of the recording scripts at hand at the same time, and the one for Kizumonogatari had a heftiness that made you think: “So this is a script for a cinematic film.” But when I opened it and looked inside, there was a lot less dialogue than I’d anticipated. Instead, there were plenty of stage directions, telling us things like what visuals we’d see during this scene, or what Koyomi’s state of mind was, or exactly what was playing out on the screen at a particular point. For Owarimonogatari, there was so much dialogue that checking my lines was quite a mammoth task, but for Kizumonogatari, I had to figure out how to express what was written in the stage directions. I found that process quite challenging. So each project had its own peculiarities and was worth doing in its own way.

—Chronologically speaking, Kizumonogatari is the first story in the series. Was there anything that you kept in mind with regards to this?

It’s been many years since I first read the Kizumonogatari novel, but I thought that my very first impression of Koyomi was something I should keep in mind. At that time, Koyomi was very different from how he is now—his classmates thought that he was something of a delinquent. He was a boy that you could not imagine ever talking with someone else, an individual that, upon first glance, you might mistake for an outlaw. Then there’s that symbolic phrase of his, “I don’t need friends, because they would lower my intensity as a human.” In Owarimonogatari, which is the most recent story I’ve played Koyomi in, we learn about how he came to hold that sentiment. The Koyomi Araragi within me is the accumulation of everything I’ve experienced in acting him out through all the Monogatari stories so far. But facing Kizumonogatari only after experiencing that incident on “this is what Koyomi is made up of” in Owarimonogatari has been huge for me. This cinematic rendition of the story was originally meant to be released in 2012, but if I had played him then, I don’t think Koyomi would have become the character that he is now, because my impression of him would have been different. There are times when a large store of experiences becomes a constraint on you, but because knowing gives you greater choice about what to keep and what to discard, I thought myself fortunate to have gone through all of those experiences.

—Koyomi’s very first encounters with Kiss-Shot, Tsubasa and Oshimo are also depicted in Kizumonogatari. In terms of acting him out, what was it like interacting with them?

—At the recording stage, the animation still wouldn’t have been completed, but what did you feel from what you saw on the screen?

When I first read through the recording script, I didn’t even think about how I should act it out. Instead, I wondered what the animation would look like—I just wanted to see it, out of pure curiosity. And it completely blew me away. This isn’t a fresh take or anything, but I just ooh’d and aah’d, like “OMG, they’ve seriously poured absolutely everything into it!” And at the same time, I wondered if I’d be able to do it justice, which made me rather nervous. Up till now, I’ve been at a number of recording sessions where the animation hasn’t really been completed yet, and in those cases, they often fine-tune it to our acting. But with Kizumonogatari, that’s not how it was. I felt that they wanted us to match our voices perfectly to visuals that were already complete.

—A little while ago, you mentioned that Kizumonogatari has remarkably little dialogue considering how hefty the recording script is. Was there anything you changed about your approach because of that?

This is something that I realized when we were doing Nekomonogatari (White), in which Koyomi doesn’t really appear. The more lines you have, the rougher you’ll have it during the recording session, but sometimes, that’s a plus. If you have a lot of lines to work with, then there is a lot of information that you can glean, and a lot that you can convey to the viewers. Basically, you have plenty of weapons to use to create the character. But in Nekomonogatari (White), Koyomi appears only at the end, in order to save Hanekawa. Because it was Hanekawa’s story, I had to create a Koyomi that, from her point of view, was someone akin to a god or prince, who rushed to her side when she was in a pinch.

But Koyomi isn’t actually that kind of character, and in terms of the chronology of the entire series, he arrives straight after the Shinobu Mail arc in Owarimonogatari. So I doubt he’d have been able to put on such a cool front and appear before Hanekawa like that—I think he’d have been pushing himself quite a bit. Since there was so little information that I could glean and convey in Nekomonogatari (White), I had to take an approach that would allow me to add additional meaning to those lines of dialogue, meaning that was not in any way encapsulated in the words Koyomi actually said. That was incredibly difficult for me to do.

Until now, I’ve tackled the character by comparing the recording script and the original novels against each other, thinking: “I should add to the dialogue not just what was in the script, but also the emotions from the parts that have been cut from the anime.” With Kizumonogatari, I felt that it was becoming even more necessary to do so. That said, animation is an art made up of many parts working together, and Kizumonogatari has visuals that are more powerful than anything we’ve done before, so there were many points where what we saw on the screen really helped me out.

—Speaking of the animation, were there any scenes that really left an impression on you?

If you’re talking about just the movie, then I’d have to name the scene where Koyomi follows the drips of blood on the ground down into the subway. In the novel, he suddenly chances across the fallen Kiss-Shot when he’s walking about on the streets at night. But in the anime, upon coming across the blood, Koyomi is ruled more by his curiosity than by his fear, and he follows the blood trail as if it’s guiding his way. And then he comes to a point where the only way forward is a long escalator. I figured that this escalator represented the notion of being carried past the point of no return, regardless of one’s own will, and I thought: “Seeing this in the rarified atmosphere of a movie theater, on that huge screen, would have anyone’s heart thumping in fear.” This scene was also pretty long, so in order to convey Koyomi’s sense that “I’m coming closer to a spot where something that I should not see is waiting,” his breathing at this point needed to be effective. It was a really difficult scene to act out, but by the same measure, it was well worth doing.

—Finally, do you have a few words for the fans that will be coming to see this film at the cinema?

I’m incredibly happy that we have been able to come to Kizumonogatari in this way. Putting together that blueprint to “bring this work to the screen in the best form possible” has led to this result: an epic, three-part cinematic offering. The fully loaded battle scenes in the second half, in particular, make this something that is completely worth seeing at the cinema. I hope that you will be willing to join us in experiencing this story through to the end, starting with Tekketsu, the beginning of the legend.