THE WAIT IS OVER

Our 2016 Anime of the Year Award Show is finally being released! WMC has no excuses why this is coming out so late, only apologies and our assurance that next year’s releases will be far more timely. We hope you’ll still want to take an in-depth look back at the anime of 2016 along with us!

Our shows follow the Giant Bomb Game of the Year Awards format, which is to say that they are not just presentations of awards but deliberations on which titles should receive them. Throughout the year, we pre-populated several lists of categories with various anime titles that excelled in each particular category. Our job on the podcast is to whittle down these lists-sometimes 30+ items long-to one winner and two runners up per category…that is until we get to our final one! Anime Of The Year will see us produce an ordered list of our top ten anime of the year.  The entire site staff participates in these deliberations and all awards are given by consensus. So, how do we reach that consensus? How do we decide which anime we feel deserve these awards? By spirited debate and/or making under-the-table deals to forge secret alliances, of course!

Now, we don’t expect every title in each of these lists to truly contend for awards. This is where the secondary purpose for this show comes in; we want to tell the story of anime in 2016. There are plenty of series that aren’t going to win any awards but who deserve mention and discussion as notable titles of the year. Throughout these awards, we discuss over 60 anime titles and try to give each its due moment in the sun. Hopefully we talk about your favorite anime during the course of these conversations. Remember, it’s an honor to be nominated!

Finally, note that these are very much our awards. By that we means that the winners, losers, and almost-made-its are completely and totally our own opinions. The awards are meant to be reflective of the site as a whole and not based on sales figures, streaming numbers or any popularity metrics. Impact on fandom and/or the industry matters less here than whether or not the eight members of Wave Motion Cannon feel strongly about an anime.

In Part 1, we debate which 2016 anime deserve the prestigious awards for: Best Mecha Design, Best Music and Best New Character. 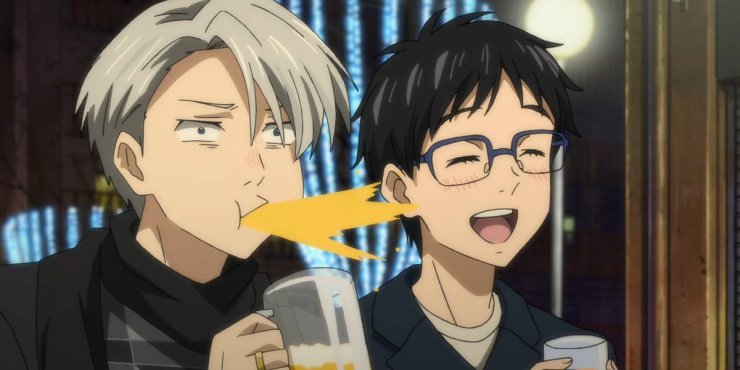