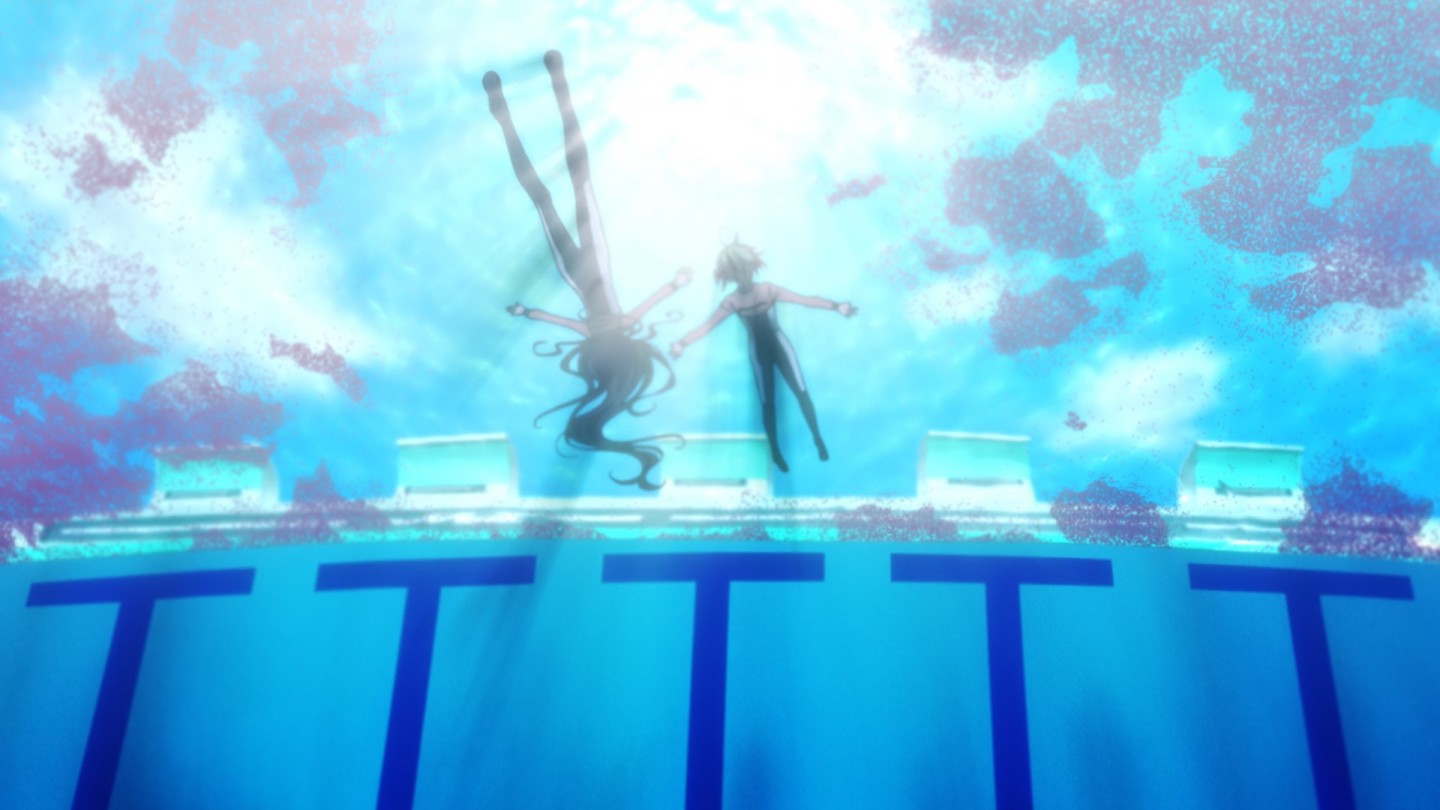 I’m one of those types that inherently enjoys ranking things. I probably spend too much time thinking about how much I like certain pieces of media, what parts I like about them, and how they compare to each other. However, I found making a list of the best anime of 2016 surprisingly taxing, and not because it was a bad year. In fact, it’s exactly because it was such a great year for anime that I had so much trouble. Below are the results of my efforts, my top 10 anime series that aired in 2016 ranked based on how valuable I personally found each series. Let that be clear: this list is subjective (and honestly, so are all of these best anime lists). You’ll surely find something disagreeable here, but I hope you may also discover something new.

This might come as a surprise to those of you who followed my weekly impressions, but I generally enjoy March Comes in Like a Lion. It is certainly not what I had hoped it would be (otherwise it would have been at the top of this list rather than the bottom), but the strength of the source material manages to shine through despite SHAFT’s various mishandlings. Its slow pacing and focus on shogi might make this series a difficult pitch for Western audiences but its empathetic cast will surely win the hearts of those who take the effort to invest in it. It does go out of its way to teach the basics of shogi, which can help with keeping track of matches, but I’d suggest playing a few rounds yourself to really get a feel for how the game works.

Following the lives of a handful of office workers who are dedicated to the creation of a radical new dictionary, The Great Passage seems mind-numbingly dry on paper, which is one of the reasons I elected to skip it back when it first started airing. However, going back to it afterwords I have found not only one of the most heartfelt dramas of the year, but also one of the best produced. While its depiction of adult life is rather romanticized the passion each character has for their work is so effectively evoked by their grounded character animations that it’s difficult not to relate to them in some way. Eventually you may even find Majime’s fondness of words has rubbed off on you, too

In celebration of its 20th anniversary last year the Pokémon franchise went through something of a revival, releasing two new mainline games that were the first to truly break the mold of the series roots. Its animation counterpart follows the same philosophy, not only challenging the narrative conventions of previous seasons but radically changing the style of animation as well, and it pays off. The more simplistic designs of Pokémon Sun and Moon lend to looser, more cartoony drawings that highlight the playful aspects of Ash and company’s adventures in a way we haven’t seen before. While the art style shift has taken some undeserved flack, this is easily the most fresh the anime has been since the 90s and well worth checking out for fans and newcomers alike. Also, Lana is the best new character of 2016.

Many have called Mob Psycho 100 the most well animated show of 2016. Maybe they’re right, but when considering an art form as personal as animation I can’t carelessly award such an accolade myself. It is undeniable that the show excels in its visuals: no other show this year comes close to its in terms of variety and technique. But unlike Space Dandy before it, Mob Psycho is an adaptation, immediately limiting the ambitions of its creators. They still do their best with what they’re given, though, resulting in a gleeful amalgamation of different distinct styles. The fact that Miyo Sato’s paint on glass was featured alongside ambitious cuts from industry veteran Yutaka Nakamura is proof of Mob Psycho‘s ingenuity. So while I may not call it the best animated show of the year, I have no issues acknowledging it as the most visually inventive.

I love anime that focus on the art of performance. From Isao Takahata’s classic film Gauche the Cellist to more modern efforts like Shinichirou Watanabe’s Kids on the Slope, I find the pursuit of capturing the magic of a performance in drawings to be one of the most fascinating endeavors possible in the medium. Showa Genroku Rakugo Shinju is dedicated to this same goal, as made evident by the extended act depicted in its double-length first episode, but what makes it particularly impressive is how accomplished it is without a high degree of detailed character acting. Most series that scrimp on the animation tend to not come across as convincing, but Rakugo Shinju is so brilliantly directed that its conservative approach actually raises it higher by forcing every cut to be measured and meaningful. The voice acting is also top-notch, which is essential to holding the illusion together. Overall, Rakugo Shinju is an excellent drama that overcomes its technical limitations with grace.

It’s a shame that children’s programming is usually overlooked in Western anime circles, as it’s often the venue for some of the most unique and creative productions in the industry. Classicaloid is a fine example of this, an edutainment series that focuses on the daily lives of classical music composers revived in the modern age as a bunch of goof-offs, and it gets weirder from there. What makes this series so endearing, though, is its unflinching positivity: its jubilant character designs and unbridled optimism are sure to bring a smile to even the most jaded of anime fans. Surprisingly, it may also be the most progressive anime of the year for its tasteful portrayal of minority characters (especially Liszt, a lovely and empowered trans woman) as well as some delightfully inclusive community scenes.

Being the huge SHAFT nerd that I am, Kizumonogatari has been one of my most anticipated anime projects for… about seven years. To put that into context, I recall obsessing over one of the earlier PVs back when I was still in high school and now I’m a college graduate. Finally, after so many years of waiting I had the chance to see the first two films I’m happy to say that Tatsuya Oishi’s still got it. It seems his long departure has only grown his ambitions as a director, which is really the only problem I have with these films: they’re somewhat held back by their subject matter. Oishi and his team did an excellent job of spinning Kizumonogatari to be a more grounded adolescent vampire flick by removing all internal monologue, a huge departure from Nisio Isin’s authorial style as well as the preceding Monogatari adaptations, but in the end it is still just an adolescent vampire flick. So perhaps I’m less excited for the last film in the trilogy as I am for Oishi to be freed to work on new projects for the first time in nearly a decade, preferably something original that can help him stretch his creative legs.

Kozue Amano’s Aria is one of my favorite manga of all time for its richly detailed utopian setting and inspiring devotion to outlining the beauties of life. Amanchu, Amano’s most recent work, ditches the fantastical elements of Neo-Venezia for a more grounded approach while retaining the same core belief that made its predecessor shine so brightly. The anime, led by veterans Junichi Sato and the highly underrated Kenichi Kasai, is perhaps the most effective iyashikei in years. While its episodic events are less cathartic than Aria‘s it is far more capable of crafting evocative atmospheres through excellent visual control and generally stronger production. It also features a soundtrack scored by GONTITI, a duo of japanese guitarists who previously composed for the 1998 Yokhama Kaidashi Kikou OVA, and thus it became the first OST I ever imported before its show finished airing.

I was not able to see A Silent Voice or In This Corner of the World in 2016, but at least I was able to catch Doukyuusei, which I consider the best animated film of the year. It’s unfortunate how overlooked this was in favor of higher profile LGBT series, the romance here is truly passionate and it doesn’t skimp away from sexy scenes of heated intimacy. Being the full directorial debut of Shouko Nakamura, one of the most talented women in the industry, the visual direction is strikingly elegant and the animation backs it up nicely (character designs and chief AD were handled by Akemi Hayashi, another accomplished woman). While it is only about an hours length of romantic vignettes, few pieces of animation have moved me as strongly as Doukyuusei.

It feels cheap to call Sound! Euphonium the best Kyoani series since Hyouka since many of their most favored productions were before then, so let me put it this way— Euphonium 2 sees the studio at its very best. It goes beyond being one of their better shows, managing to reach the same heights that make masterpieces like Hyouka so well regarded in the first place. Its the attention to detail, the incredible animation, and the emotional resonance that all builds together to create a truly enrapturing experience. Euphonium 2 has it all, and though it may not be quite as consistent and focused as the first season its highs are far higher, so high that no other anime this year comes close.