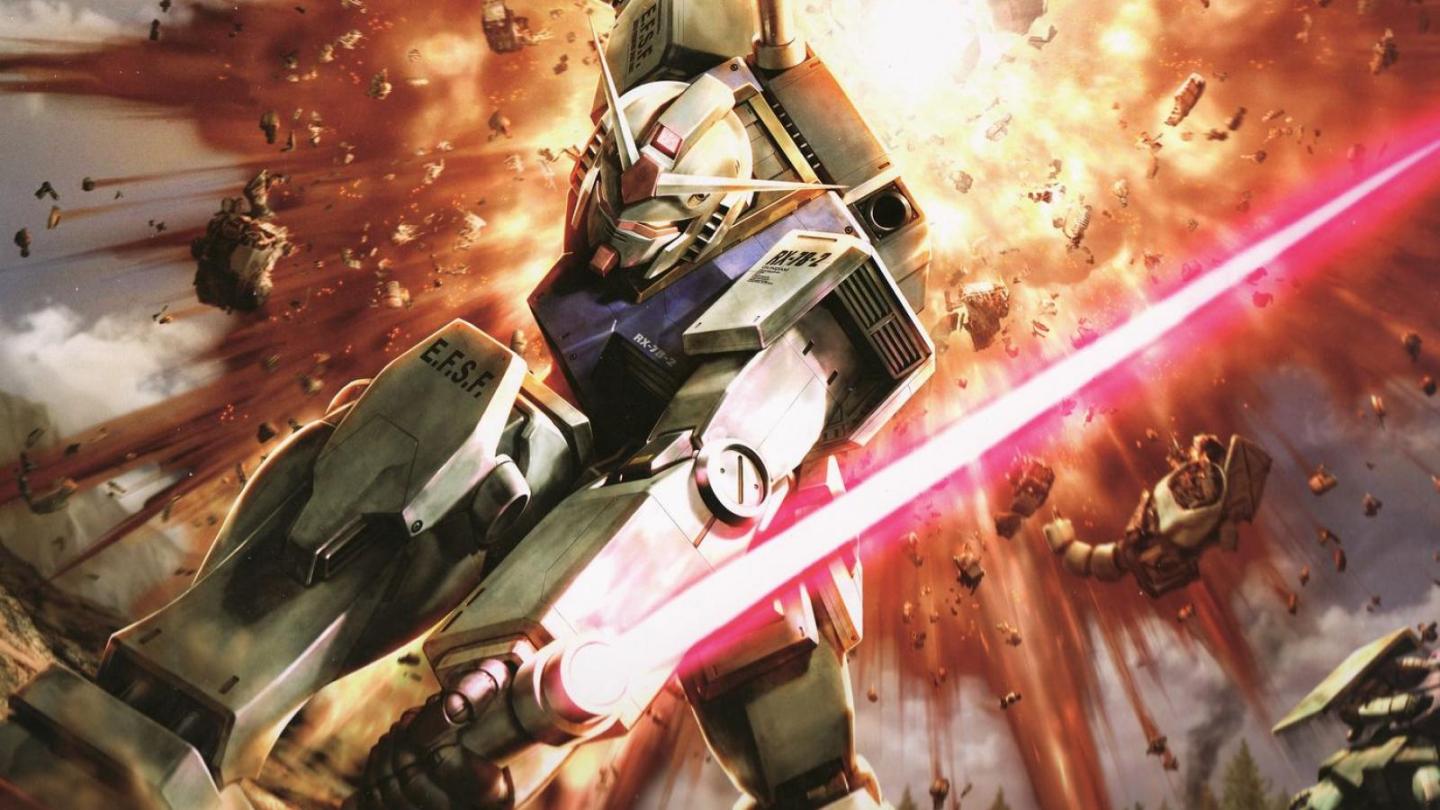 Gundam has one of the most recognizable designs in the entirety of the mecha genre. Doesn’t matter if you are watching 0079 or Iron Blooded Orphans, the design of the main mobile suits are instantly associated with the Gundam franchise. Why is that? Besides the similar face plate, these main suits typically all have the same color scheme: White, Blue, Red and Yellow. While Red, Blue and Yellow are a color scheme known as a Triad and play an important role in the overall theme of the design, the dominate color in the Gundam’s design is White. These colors weren’t chosen simply on a whim, there’s a thematic reasoning behind those choices. 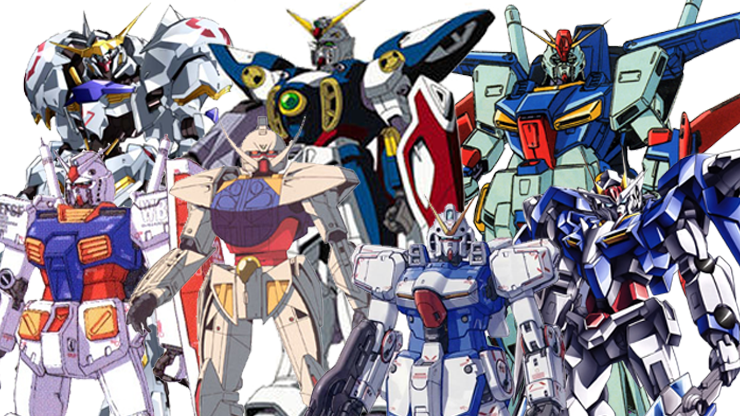 White is a complex color, both emotionally and scientifically. On the scientific side, White is often debated on if it is an actual color or not. In the practical sense, White is the absence of color. You are looking at the color White, but you’re looking at something that doesn’t have any color at all. But in terms of physics, White is all of the wavelengths of light combined into one. In physics, it takes all of the colors in the spectrum to create White. Depending on how you look at it, White is either all of the colors or none of the colors. Because of these two different approaches to the way we view the color, it impacts how White can be interpreted emotionally. If you see the White in a practical way, it can be a bleak color that represents emptiness and being completely deprived of all emotion. On the flip side, because of its association with light, it’s seen as something divine, all-knowing, and innocent. While this holy interpretation of the color is the most common one, both of these perspectives can be applied to the mobile suits design. 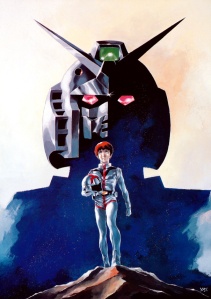 For the Gundam’s design, the White being used is a little of Column A and a little of Column B. As previously stated, White is the dominate color in the design and has the most importance. There’s no denying the design has a major spiritual influence. In the original series, Amuro’s Gundam was nicknamed, “The White Devil.” Which is accurate considering you have a child piloting a 60 foot death machine. An innocent soul with the power to take a life with the push of a button. The duality of innocence and death during times of war are a critical theme in the Gundam franchise, and the design of the mech must reflect that. Besides that, the Gundams are often meant to be a type of savior. It’s fearsome power is suppose to change the tide of battle and save mankind from tyranny. White is an accurate color to represent these ideas.

Not only is the White a reflection of the pilot’s innocence, it also represents how impressionable the pilots are. Consider how these machines are being piloted by children, (maybe I’m showing my age, but anyone under the age of twenty is a child to me). Children are often seen as being innocent. While I question this notion, I do believe children are extremely easy to persuade. The morality of a child is a complete blank slate until it goes out and is formed by their experiences. In the Gundam universe, these children are being harden and shaped by their experiences in battle. War changes these bratty, snot-nosed teens into honorable men with a lot of battle scars. Their White Gundams reflect how they haven’t experienced the hells of war yet. These children are a blank canvas waiting to be drawn upon by the terrors that come from a battlefield.

Let’s turn our focus away from White and talk about that term I mentioned at the start, The Triad. A Triad is a color scheme where you have three colors that are evenly spaced from each other on the Color Wheel. In our case the Triad we will be focusing on is Blue, Red and Yellow. On top of being Primary Colors, they are also evenly spaced around the Color Wheel from one another and the trio sync will with each other in graphic design. But the key to a good Triad color scheme isn’t to just use all three of those colors, you need to balance the colors two-to-one. Meaning of the three, one color must dominate over the other two. In the Gundam’s case, the dominate color in the Triad is Blue, with Red and Yellow acting as supporting colors. 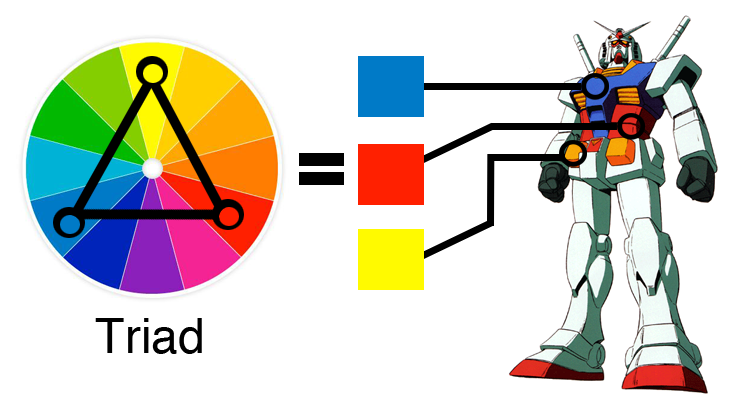 But this color scheme isn’t just good on a technical level, it still uses the emotions tied with those colors to represent the pilots. Blue is chosen as the dominate color, because the emotions associated with Blue are the most important. Like White, Blue can have duel meanings behind it. A dark shade of Blue can represent sadness and sorrow, while a light blue can represent hope and having a positive outlook. The pilots of Gundam are often stuck with tragedy that push them to the war front and they deal with that tragedy during the course of the story. At the same time, most learn over time that having a positive outlook is the key towards surviving war. These themes pop out the most in the story and the Gundam’s design is a reflection of that. The other two colors, Red and Yellow represent the pilot’s anger towards being forced into a war while the yellow represents their eagerness to put the war to an end. While these colors are important towards the Triad design, given Blue’s dominance, Blue’s emotions tend to override Red and Yellow’s. That’s not to say these two other colors’ emotions aren’t there, they’re just not as front and center as Blue is.

But how do all of these things tie together into the Gundam’s design? 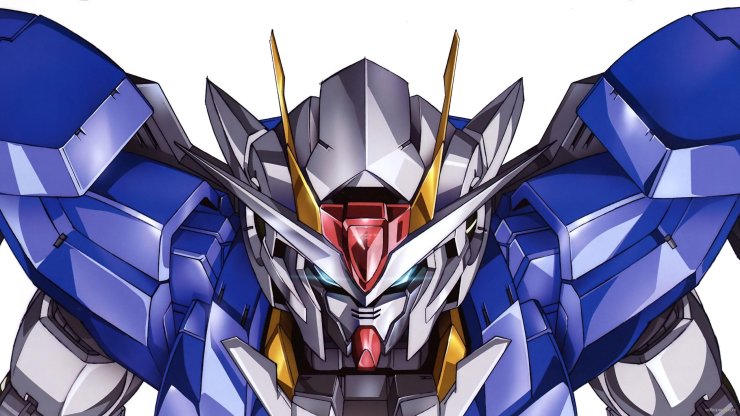 It’s well known by now that most Gundam series feature pilots that are under drinking age. Multiple series cover the theme of war’s effect on youth after all, so you need prepubescent leads to help illustrate your point. While not every Gundam lead is exactly the same, most of them are young, passionate, eager and are filled with sorrow. These emotions are painted across the Gundam. The White reflects the innocence of youth, Blue represents their sorrow/hope for the future, Red is their burning passion and Yellow, their eagerness to end conflict. With these colors, the Gundam perfectly captures the emotions of its pilots. It’s not just a good design, it’s a design filled with a deeper understanding of youth.