As 2017 dawns we must face the harsh truth – for at least one month we will be inundated with lists, ratings, retrospectives, and sweeping generalizations. Not one to be outdone in this realm, I too will jump into the vicious pit fight that is “Listing and ranking things to anger people through the internet.” I consider myself an expert at such things.

For myself, 2016 was a strange ride. I watched a lot of excellent programming this year, but I included a number of shows from years prior as well as some old favorites. As such, my pool of choices is much more limited than other fans’ potential choices. So if your favorite did not make it onto my list, more than likely I simply did not see it. In terms of formatting these are in no particular order, as my final number one will be hashed out publicly on the next WMC staffcast.

Certainly not a choice that will make it on many top five lists, for sure. Time Bokan 24 is a throwback in some good ways, but quite a few bad as well. The charming elements of this show have kept me watching, especially the oddball mecha designs, but it definitely is a show with more than a few problems. 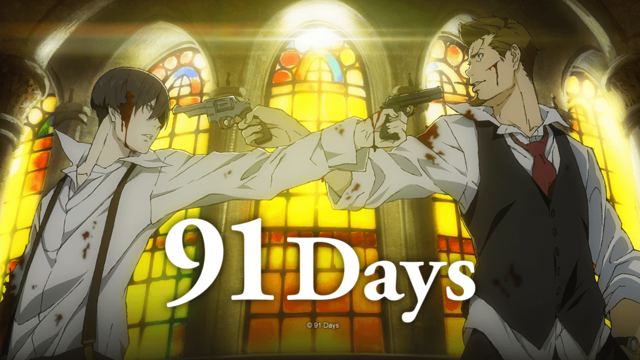 Talk about a difficult show to peg, 91 Days stands out as a show which exceptional by virtue of how mundane it is. This is a by-the-numbers gangster drama which carries with it all of the baggage that entails. For better or worse, this show is near identical to its source material, but incredibly competent at what it attempts to do.

Can you even discuss anime in 2016 without at least touching on Yuri on Ice? Any other show with even a quarter of its strengths would be a force to be reckoned with. Yuri on Ice has captivated the fandom and though it may have stumbled during its routine, it certainly is a strong contender for top show of the year.

A shounen fighting show that borrows heavily from American superhero comics, this was certainly a sleeper hit for me. I expected very little from this title, as it is yet another school-based setting with “kewl” powers. However, I was blown away by the endearing characters, interesting action sequences, and evocative character designs.

Finally, we have the Mobile Police Patlabor Reboot. Clocking in at around 10-minutes, this reboot is a short but sweet entry in a beloved series. While it still retained many of the elements that fans love, while adding in a few new elements to reflect changes in technology and social media, this was a real delight. The biggest problem is how short the reboot is, inevitably leaving us desperately asking for more.

Gearing up for Anime of the Year? Get access to the show early and become a Patreon today!